BLURB
Shannon Nolan thought she’d escaped a nightmare world of ruthless crime - until her son is kidnapped! With nowhere else to run and no one else to trust, she puts her life in the hands of her boss, firefighter Daniel Jennings. 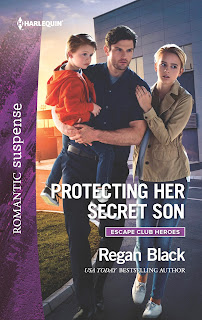 An Excerpt
“You need to call the cops,” Daniel said flatly.


“They took your son,” he said, incredulous.


“I know!” She bit her lip against another outburst.


“He called,” she said. “When I got here. When I walked into the backyard, he called and said...”She could barely get the words out. “He said he’d send Aiden back to me in pieces if I involved the police.”


“Oh, Shannon.” He rubbed her shoulder.


The immense sympathy in those two words overwhelmed her. She didn’t know if she should lean into him or run away. “Thank you for helping her and fixing everything.”


“I followed you to help you,” he said, a lick of impatience in his voice. “You need to report this.”


“I don’t know much more than you do.” She didn’t realize she was crying again, or that Daniel had her wrapped in his arms until the fabric under her cheek was damp.


“Will you trust me?” Daniel asked when she quieted.


It seemed she already did. 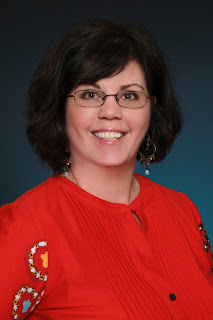 About the Author
Regan Black, a USA Today bestselling author, writes award-winning, action-packed romantic suspense and paranormal romance novels featuring daring heroines and sexy heroes. Raised in the Midwest and California, she and her family, along with their adopted greyhound and two arrogant cats, reside in the South Carolina Lowcountry where the rich blend of legend, romance, and history fuels her imagination.

The Giveaway
Regan will be awarding a $25 Amazon or B/N GC to a randomly drawn winner via rafflecopter during the tour.