Code Name Trackers: The elite of the elite. FBI agents, each with a secret, an extraordinary ability that defies reason and logic.


An intricate scheme to kidnap the children of high-ranking politicians gets disrupted when private investigator Kerry Branson rescues one of the victims. 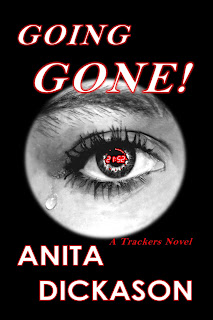 Walking into her room, the accumulation of stress and the aftermath of adrenaline dumps sent waves of exhaustion rolling through her. Dropping the backpack on the bed, she wanted to collapse alongside it and forget the shower. Laying her keys on the table, she reached for her phone. It wasn’t in her pocket. Great, just great, it’s still in the truck. She stared at the keys as she debated whether to leave it. No, I’d better get the damn thing. Someone calls, and I don’t answer, they’ll call out the troops.

Exiting the elevator in the underground garage, she quickly scanned each of the parked vehicles as she passed. The only sound was the click of her heels on the concrete. Tapping her remote control, she unlocked the door as she approached the truck. 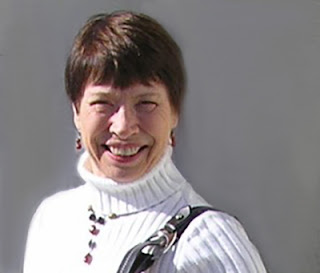 Award winning author, Anita Dickason, is a retired Dallas Police Officer.
She started a new business: Mystic Circle Books & Designs, LLC. As an author, her fictional works are suspense/thrillers with a touch of paranormal and romance. Characters with unexpected skills, that extra edge for overcoming danger and adversity, have always intrigued her. Adding an infatuation with ancient myths and legends of Native American Indians, and Scottish and Irish folklore creates the backdrop for her characters.
As a publisher, her diverse background has proven to be an invaluable asset. Assisting other authors to publish their works utilizes the gamut of her experience. Graphics design has become one of her favorite endeavors.

Anita will be awarding a $25 Amazon GC to a randomly drawn winner via rafflecopter during the tour.