Since the dawn of time, electromagnetic energy has permeated through the universe,

surrounding and interacting with everything it touches, illuminating, destroying and giving life.

The colourful section of the electromagnetic spectrum we see in the form of visible light,

rainbows and other phenomena is tiny when compared to its vast entirety. Using many parts of

people on Earth, as it's been integrated into our lives in ways that we don't even think twice

This book illuminates many parts of the electromagnetic spectrum and its effects, the endless

ways we have harnessed its energy, and how we interact and live with its influence.

EXCERPT:
Fireworks
Everyone loves fireworks, but how do they produce light and colour? Whether the fireworks are
ground operating or aerial shells propelled into the air before they explode, the colours are
generally made with the same chemicals and compounds.
The first fireworks come from ancient times at approximately 200 B.C. with the outer casing
made from bamboo. They have changed and evolved over thousands of years to what they are
today with many different shapes and colours.
The Colours of Fireworks
Colours from fireworks are formed by either incandescence or luminescence. Incandescent light
is produced when a substance is heated so much that it begins to glow. The exact temperature
can be adjusted to create differently coloured light from the same material.
The light is produced from electrons inside atoms. The electrons absorb energy from heat,
moving them to an excited state. The electrons, wanting to return to their original lower-energy
state, release coloured photons (light), corresponding to the chemical or metal the atoms are
made from.
Listed below are some of the common metals and chemicals associated with the creation of
coloured light in fireworks manufacture.
White – magnesium, aluminium, titanium
Gold – incandescence of iron (with carbon), charcoal, or lampblack Silver – extremely hot
magnesium and aluminium
Red – strontium salts, lithium salts, lithium carbonate (Li2 C03) Bright Red – strontium
carbonate (SrC03)
Orange – calcium salts, calcium chloride (CaCI2)
Yellow – sodium salts, sodium chloride (NaCI)
Green – barium chloride (BaCI2)
Blue – copper chloride (CuCI)
Purple – strontium and copper mix
~~~~~~~~~~~~~ 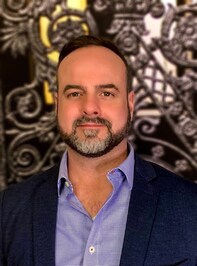 Scott's passion for light and the electromagnetic spectrum began in his early teens while
tinkering with electronics as a hobby. He was formally introduced to the lighting industry while
studying Electrical and Electronics in Sydney, Australia, and in 1998 he started his career
making custom light fittings and lamps in his dad's garage. Formal lighting design qualifications
expanded his opportunity to help project-manage and design on many industry levels.
Twenty-two years on, and Scott has worked on many major infrastructure, commercial and
architectural lighting projects. He is a member of the Illuminating Engineering Society of
Australia & New Zealand, the Colour Society of Australia, the International Dark Sky Association
and the Astronomical Society of the Pacific.
Website
Rafflecopter
at December 07, 2022